Solène Barrot and Eros at the 2018 Canicross World Championships

For a year now, we have travelled all over France with Eros to compete in Canicross races, but last Wednesday we travelled 1,900km away from home. A whole day on the road, and Eros showed me that he had all the qualities of a great dog by staying patient and calm in the car.

As soon as we arrived in Lubieszow on Thursday noon, we put on our harnesses to go and reconnoitre the 5.3km course. No real pressure two days before the start, I let Eros climb into his harness, I put on my belt and I let him get on with it (and also stretch his legs after this long trip). First good news: we liked the course, even if we will need power, given the rather sandy ground cover.

Friday morning, we joined the other French for a last recce of the course, without the dogs, before collecting our bibs and jerseys. The day ended with the official ceremony before a good night's sleep, we had to be fit the following day!

The first starters left around 8 am, but we did not leave until 1:01:30 pm. For this first run, participants were starting every 15 seconds. The wait was long, especially since Eros had long realised what was about to happen and was really excited. The 10/15 minutes in the departure waiting area seemed endless, at each countdown of the announcer, Eros was jumping, thinking it was its time to start. Then it was finally our turn, Eros climbed into the harness in a jiffy and kept it on until the end of the race, reduced to 4.7km because of the heat. He knew the course, I didn't need to say anything to him, he accelerated and I tried my best to follow him but I had no strength left after the stress and the waiting before the race. When we crossed the line, I was disappointed, I suffered so much that I felt I had somehow missed out on the race and not been worthy of my partner's potential. After all the emotion, a good surprise awaited us: we were 11th tied out of 54, 2nd French competitor (in the Senior Women Category) and it was even my best time over this distance. We started to dream of a world TOP 10 position, after only one year of training. Cherry on the cake: we were selected for the official relay that was to take place after the Sunday's second run. 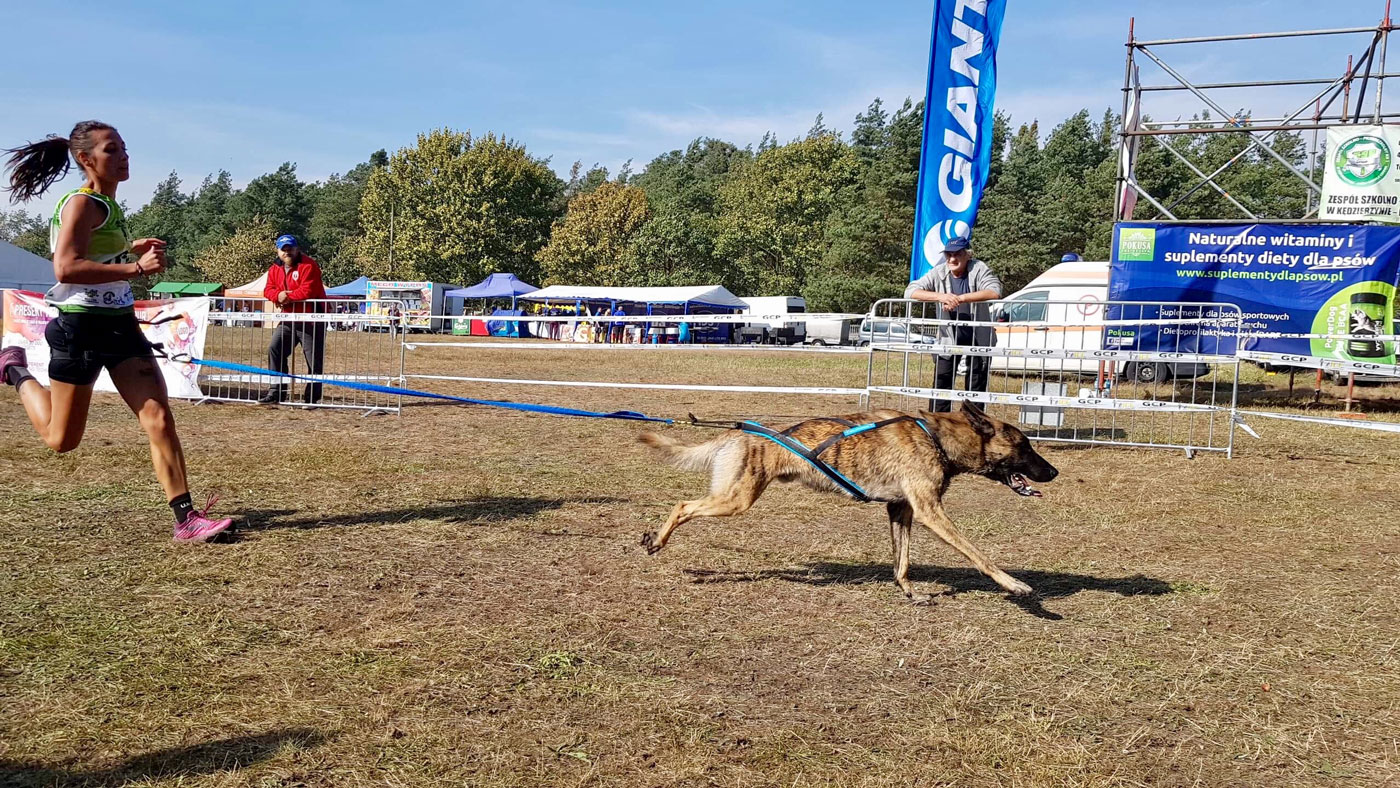 The next morning, the course was further reduced to 3.5km and the departures were mass starts, 10 at a time (depending on the ranking of the day before), every two minutes. So we left in the second wave, at 11:17. The wait was a little shorter, with less stress than the day before, even if over such a short distance we knew that the start would be very fast. And it proved true, the start was explosive, I tried not to get too carried away and let the first 5 pairs go at full speed. Eros turned his head towards me several times over the first 500m, he didn't seem to understand why I wasn't accelerating because he really wanted to go for it. He then drew alongside the dog of a German competitor, and we progressed at a very fast pace, breathing well and keeping some power in reserve. A third of the way, what we hoped for happened: the leading teams started to tire after their quick starts. Hardly accelerating, we managed to get closer, still running alongside the German team. A little more than half-way, the race continued to unfold exactly as I hoped and the dog and I were not at our maximum, we still had energy to spare. But then I placed my foot awkwardly and twisted my left ankle, I could see the sole of my shoe and even heard a crack. That slowed us down and we are left behind by the German pair, I didn't want to stop but that was a real blow, I had a moment of panic and lost my breath. We gave it all to finish the race and we were happy to make it, even if we failed to secure a place in the relay because of my injury. 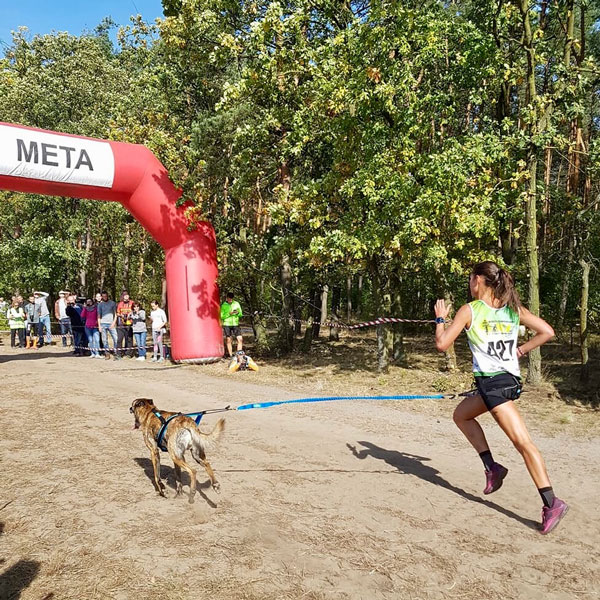 Results of these World Championships: 12th out of 54, 6 seconds from the TOP 10!

Total satisfaction and great pride too. Proud of the achievement of our team: a 2-year old Dutch Shepherd weighing less than 25kg and someone who had never set foot on a track before 2018! We don't have the same abilities as others but we have great mental strength. The hard work done over the past 6 months has been widely appreciated and rewarded, we are more motivated than ever, we still have a lot of energy and an overwhelming desire to compete.

The adventure is just beginning!